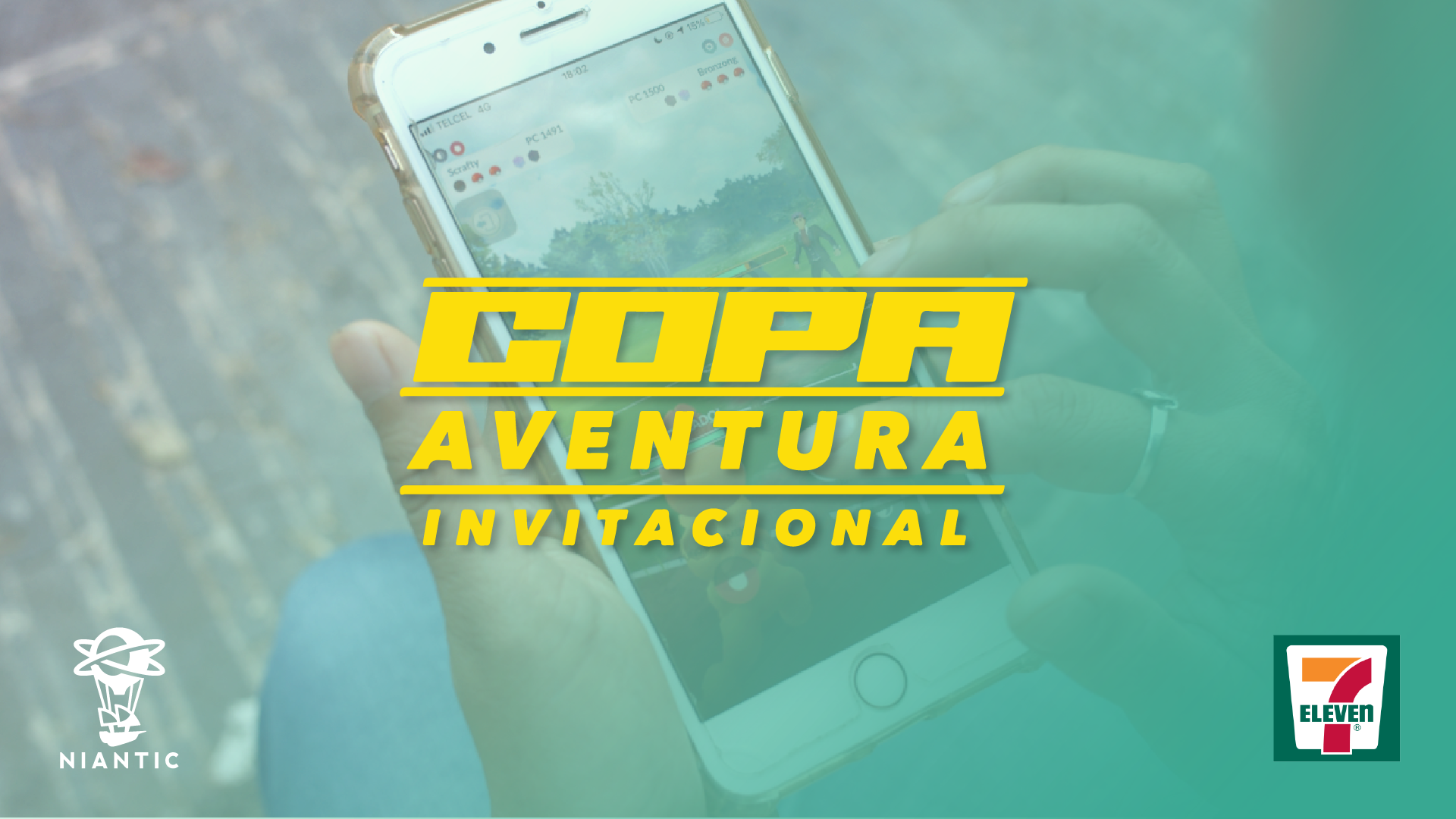 The Pokémon GO Sponsored Locations program can transform select partner stores into Pokéstops or Gyms. On July 11, 2020, our Sponsored Locations partner 7-Eleven Mexico held an invitational Pokémon GO remote tournament called the Copa Aventura Invitacional as part of the celebrations for 7-Eleven Day (7/11). This one-of-a-kind event was planned and operated by 7-Eleven with the cooperation of Niantic. Featuring top players and influencers from five different countries, it was livestreamed on Twitch with groundbreaking results:

When we announced our alliance with 7-Eleven Mexico on January 29, we knew we were going to have an amazing adventure. With this Pokémon GO sponsorship, the first of its kind in Latin America, we had no doubt that Trainers in Mexico would be as excited as we were for all the surprises this partnership would bring to 7-Eleven stores. But even we were astounded by the overwhelmingly positive response and the way players embraced this partnership—welcoming 7-Eleven Mexico not just as a sponsor of their game, but as a part of their community.

So far, the partnership with 7-Eleven Mexico has delivered amazing results through initiatives that bring value to the company, to our games, and to our players in Mexico. On February 27, as part of the celebrations for Pokémon Day, 7-Eleven Mexico executed an incredible store take-over in its flagship location in Monterrey. This particular collaboration featured a scheduled Legendary Raid, Pokémon GO–themed decorations, a Trainer Battle tournament, and an influencer meet-and-greet, with over 2,000 players in attendance. During this event, the store saw a transaction uplift of over 52%.

Since then, 7-Eleven Mexico and Niantic have continued to collaborate, keeping the momentum going with other Pokémon GO campaigns, like scheduled Raid Weeks, giveaways on social media, GO Snapshot contests, and Trainer Battle tournaments, like the Copa Aventura Invitacional. 7-Eleven Mexico’s particular enthusiasm and investment in customer-centric experiences and our mutual interest in the growth of Pokémon GO in the region have paved the way for 7-Eleven Mexico to develop exclusive campaigns outside of the usual scope of the Sponsored Locations partnership. As a result, hundreds of thousands of fans all over Mexico have enjoyed the benefits of this unique alliance.

Through this partnership, 7-Eleven Mexico has focused on creating new experiences catered to Pokémon GO fans, reaching new communities by taking into account their interests, passions, and hobbies. By bringing people together through amazing experiences and adventures, our partnership is building a community of passionate, diverse, and engaged Trainers, where everyone is welcome.

Besides community building, this partnership has also proven the incredible potential of our Sponsored Locations program to generate foot traffic and drive incremental sales, especially during in-game events.

7-Eleven announced that during the first quarter of this year, the addition of PokéStops and Gyms provided about a 3.9% revenue uplift in its top 30 stores in Mexico, compared to the same period in 2019. In these locations, the transaction uplift was especially high during events such as Community Day (40.1%), Lickitung Raid Day (39.2%), and the first 7-Eleven scheduled Raid Week (32–38%). Whenever there was an in-game event, the average daily unique visit uplift was about 30.7% and the average transaction uplift about 3.6%. This means that on average, every 4.3 player visits to a PokéStop drove one incremental purchase during these periods of high player engagement.

Players in Mexico can look forward to even more exciting events in the future, like the Pokémon GO Special Weekend event we developed and announced recently with 7-Eleven Mexico, which will be the first event of its kind in Latin America. This event will be an exclusive in-game event that Trainers can access using an event ticket that can be obtained only from 7-Eleven Mexico. This event is one of the best cases of an online-to-offline (O2O) experience. Special Weekend events have seen great success since they debuted in the Asia-Pacific region in 2018, so we’re excited to bring one to Latin America in partnership with 7-Eleven Mexico.

Latin America is now the fastest-growing market for Pokémon GO in the world, and through our partnership, 7-Eleven Mexico is changing its communications and marketing strategies in the region. We look forward to continuing our work with 7-Eleven Mexico and building similar success stories with more partners. By focusing on both fans and clients, our game experiences bring value to players and businesses around the world.