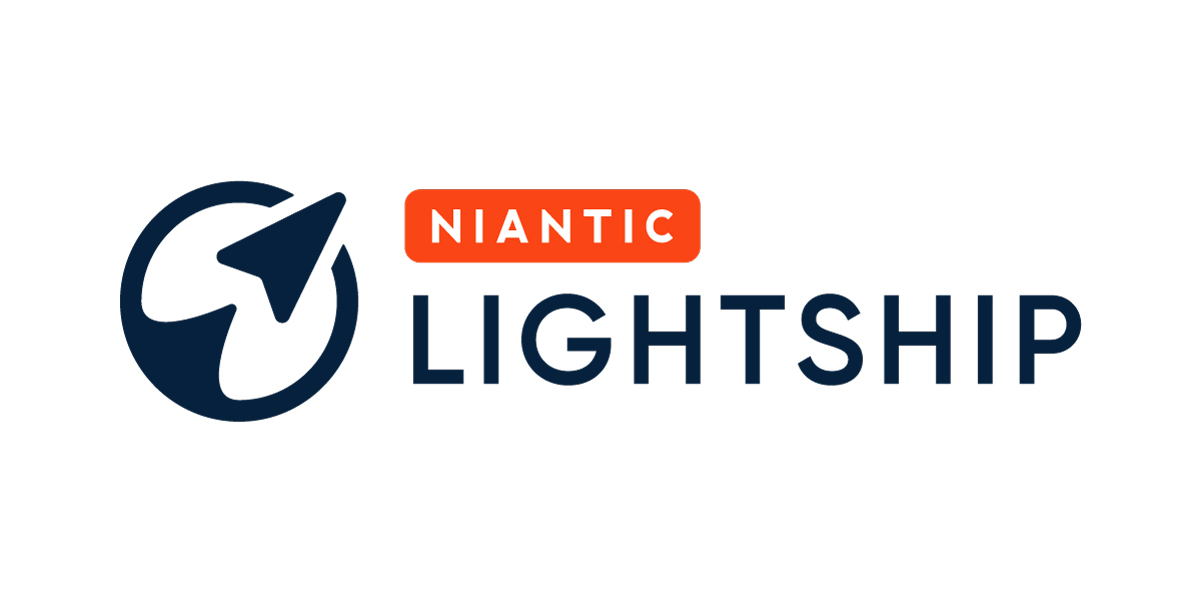 Niantic is excited to welcome the team from Hoss to accelerate and expand the Lightship developer experience (DX) and build a robust set of tools that make it easy to work with Lightship and facilitate a vibrant developer community. The Hoss team have seen the tremendous opportunity developers can play across industries and have refined their expertise in building out developer experience solutions for API-driven companies.

In less than two years, they have a proven understanding of the needs of developers by creating engaging, easy to use solutions including customized developer portals. As part of the DX team at Niantic, the new team members will help build out the Lightship platform portal ahead of the upcoming launch of the Lightship ARDK. Beyond the launch, the expanded DX team will be continuously iterating on the overall developer experience as more developers engage with the overall platform tools, support and the Niantic team.

Led by co-founders Matt Hawkins, Cameron Cooper and Trung Vu, Hoss has quickly built a reputation as a valuable partner to companies who need easy to use developer portals, from documentation and self-service modules and dashboards, to behind the scenes services like hosting and management.

“As we prepare to open the Lightship platform to developers around the world, it’s critically important that we get two things right — both the tools in the ARDK to help developers build new experiences, and the developer experience as we work together to build this exciting new world of AR experiences,” said Kei Kawai, chief product officer at Niantic.

The Hoss team founders were part of the Y Combinator winter class of 2020 (YC W20), and quickly grew their business just as the world was moving entire industries and economies to a virtual online only existence. Their success in creating compelling developer-first experiences that combine self-service and rich community engagement fits perfectly with the kind of platform support Niantic is building for the full Lightship platform, including the ARDK.

“The opportunity to join Niantic at this time is incredible,” said Matt Hawkins, co-founder and CEO of Hoss. “We repeatedly found that developers are not happy with the status quo when it comes to developer experiences, and the chance to build out the Lightship DX as we’re getting ready to open the platform to developers around the world is a once-in-a-career type of opportunity that we are so incredibly excited to be a part of.”

The Lightship ARDK is currently in private beta and the team is updating the AR tools ahead of the upcoming public launch. For more information about Lightship, including details about our upcoming launch event, please visit lightship.dev.

Our mission is to inspire people to explore the world around them, together with others. As a part of our ongoing social impact initiatives, we’ve begun to support hyper local public art installations, in cities like San Francisco, Hamburg, Chicago and Detroit. This summer, we were fortunate enough to be involved in the first BLKOUT Walls Festival in Detroit, alongside our long standing partners at the Knight Foundation. 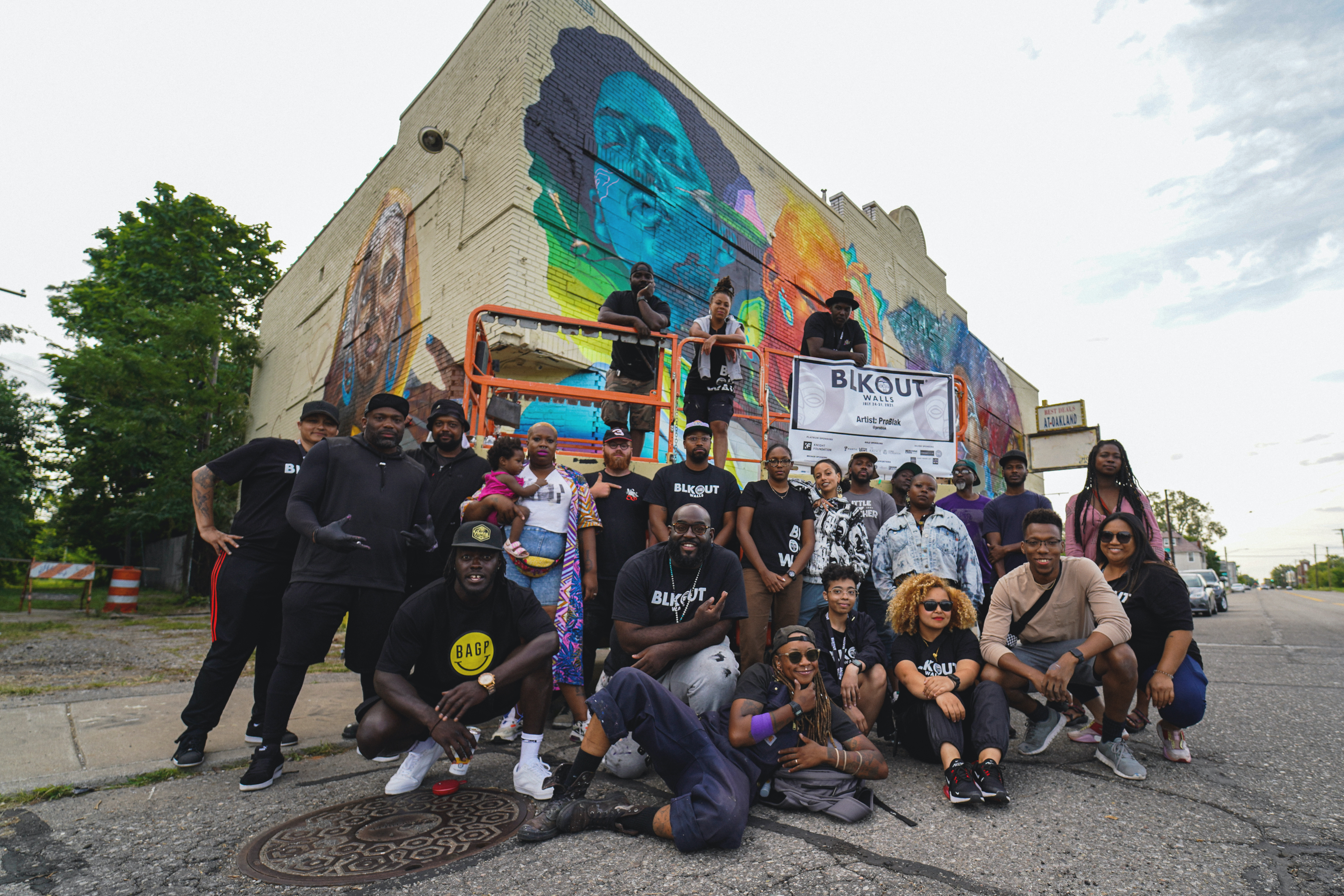 BLKOUT Walls Festival has taken on the audacious and incredible goal of bringing together Black artists in what is the first known fully Black led mural project in the US. The project was founded by Sydney G. James, Thomas “Detour” Evans of Denver, Colorado and Max Sansing of Chicago, Illinois as a direct response to their shared history of participating in mural festivals throughout the country, where there is no remuneration for the participating artists and where there is limited racial diversity among the artists represented. A total of 20 artists came together to paint murals across the North End of Detroit across a seven day period. In culmination, local community members were invited to celebrate the art at a festival focused on the neighborhoods and culture. 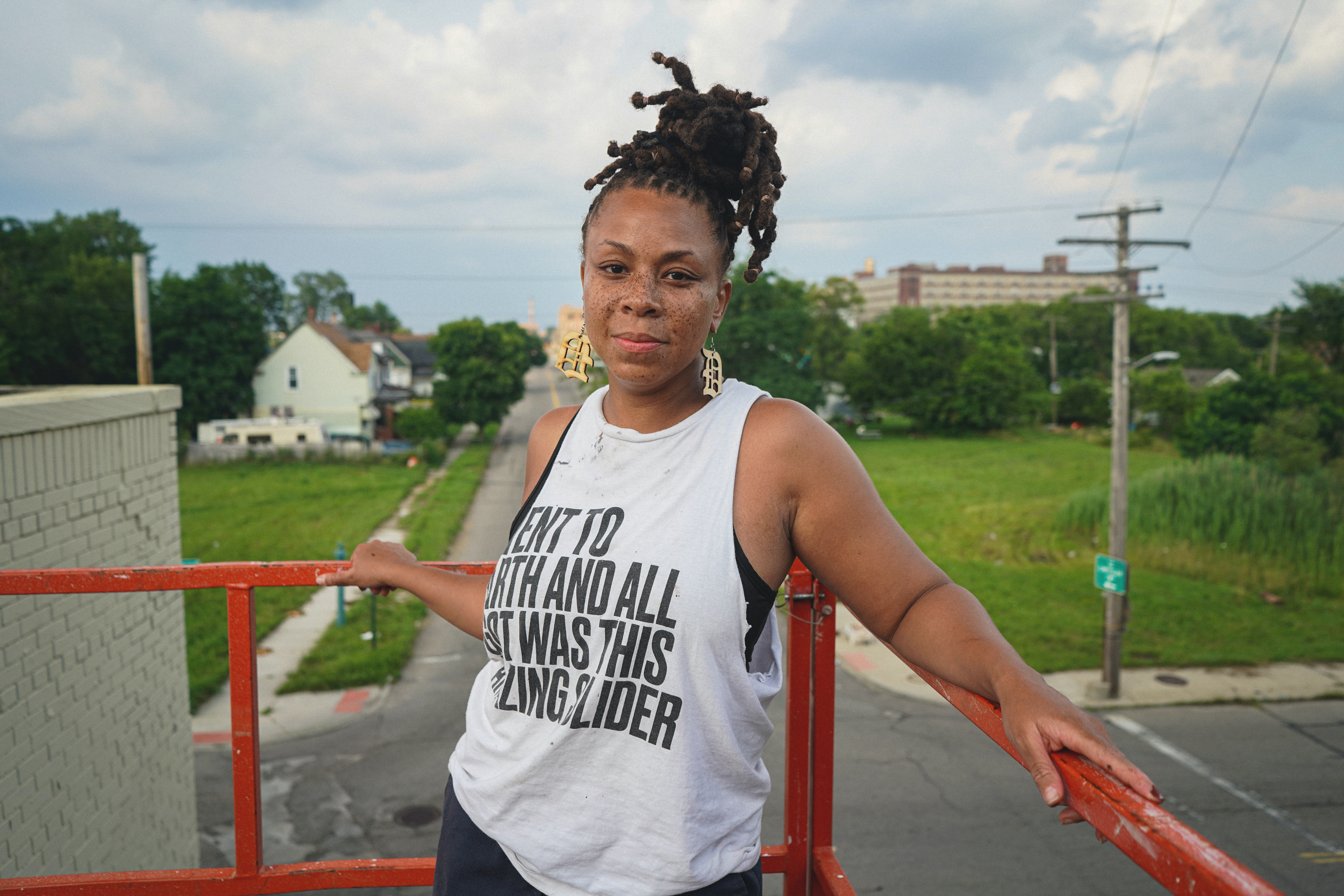 “We made a thing that wasn’t a thing a BIG THING and I'm stunned almost speechless. To quote a journalist who recently described this venture as “audacious.” At first glance, one might side eye the term “audacious.” But at the beginning and end of the day, We were audacious! We had the audacity to DREAM BIG and join together as a band of artists, a team of community leaders and organizers from Detroit and around the country to create a platform for Black artists, artist of color and our friends to show out! I am full. I am full of gratitude; For my city, arts community, family, brand partners and friends I am full.”  - Sydney James, Lead Artist

As a direct collaboration between Niantic and the Knight Foundation, we’ve worked together to use digital capabilities to promote and amplify the art that’s been created. Using our maps API and in-game locations repository, we’ve created a walking tour that can be taken both in Niantic’s games, as well as with a printed map during the festival itself.

“The North End is home to the most creative and progressive artists in Detroit and has historically been a neighborhood where Black culture was created and celebrated. The opportunity to work with Sydney James and Niantic to elevate the artistic and innovative DNA that lies at the core of this community is inspiring,” said the Knight Program Director for Detroit, Nate Wallace. 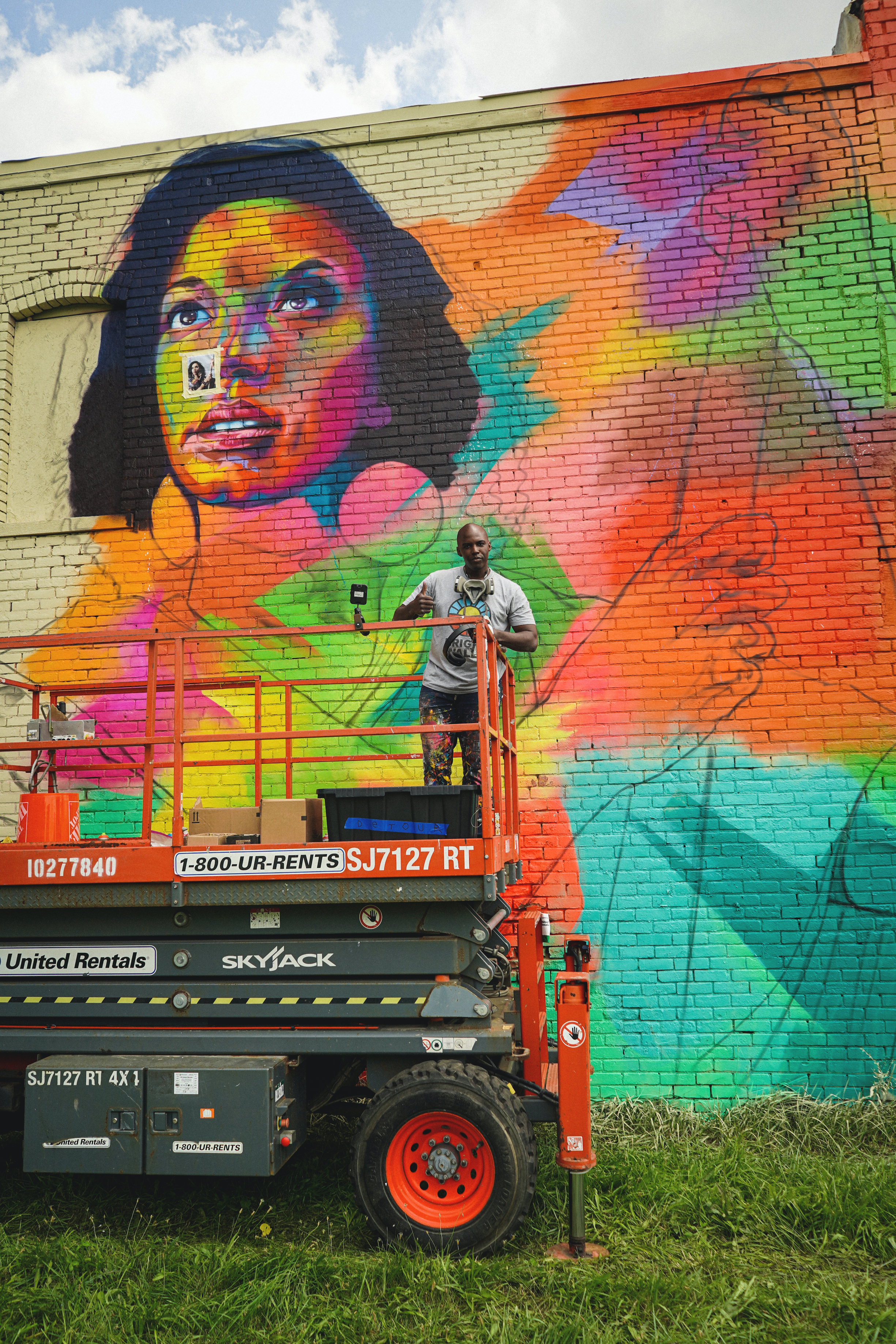 Over the week in which murals were painted and added to Niantic games, more than 8,300 people came to learn more about the mural project, walking over 12,000 KM to explore both the neighborhood and the artwork itself.

We applaud the work of the artists who participated in the project and look forward to seeing the impact it continues to make in the larger Detroit community. If you want to learn more, check out the BLKOUT Murals here. 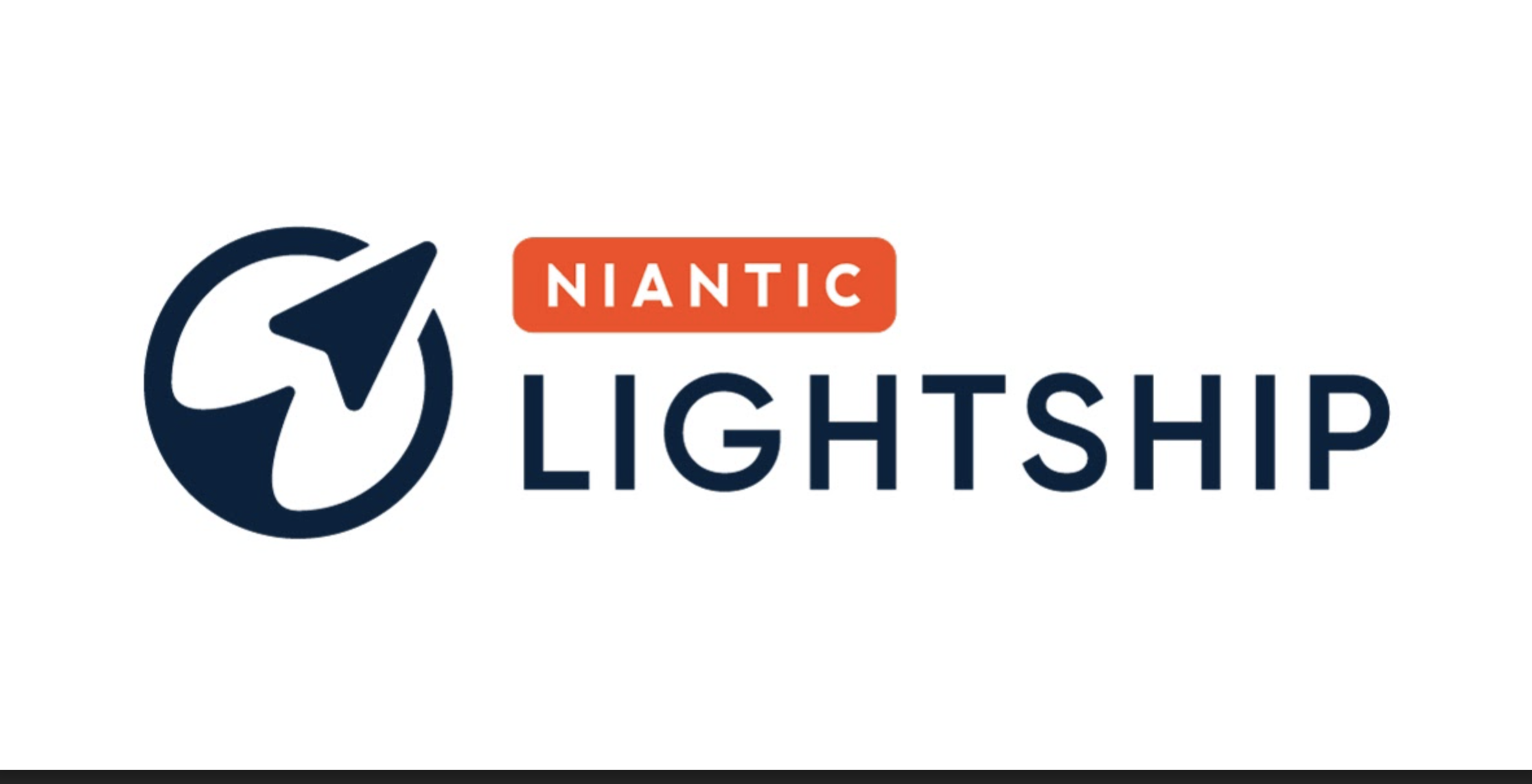 In July, we challenged our Early Explorer developers to build an augmented reality app using the Lightship ARDK. And they delivered!

We received entries from across the globe that captured the vision of the Lightship platform, and demonstrated a variety of shared experiences, exploration, and movement.

We were blown away by the creativity - even more so because these were created in a mere four weeks.

One demo rose to the top, and we are pleased to announce the grand prize winner - Patrick Catanzariti, who created GeoGlitched. Patrick will receive the $10k grand prize (plus cool Lightship bragging swag).

GeoGlitched pulls items and geographic information from another location in the world to where the player is located. Players need to solve where in the world these items are from so that they can send them back.

GeoGlitched captures the planet-scale possibilities of AR enabled by Lightship. Even in its current prototype stage, it points the way toward a multiplayer game in which players connect across the globe in a community that has fun as they learn more about the world.

We also had monetary and swag prizes for runners-up. We want to highlight a few other demos that stood out for their innovation. Each of these take advantage of our ARDK in compelling ways through meshing challenges, multiplayer competitions, and fun semantic segmentation ideas -- including leaving notes in the sky! 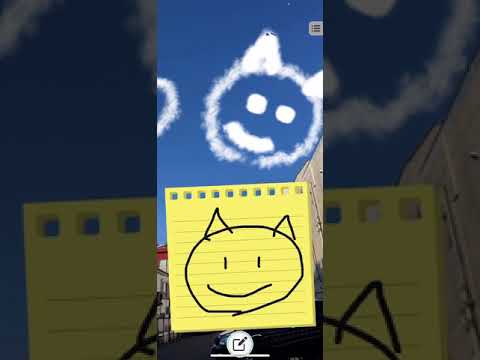 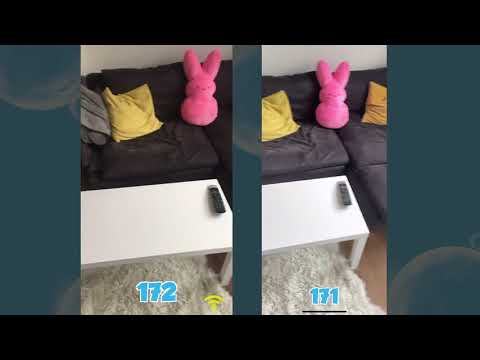 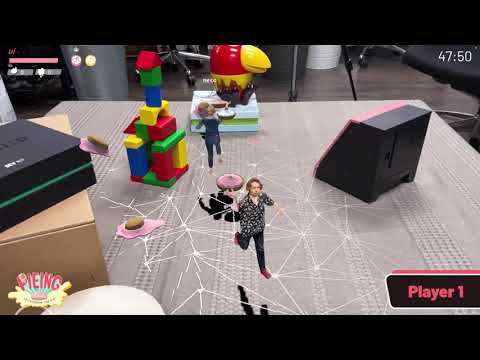 Pieing by curiosity, Inc. in collaboration with in3D 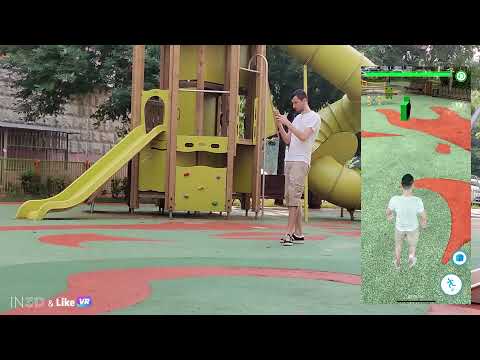 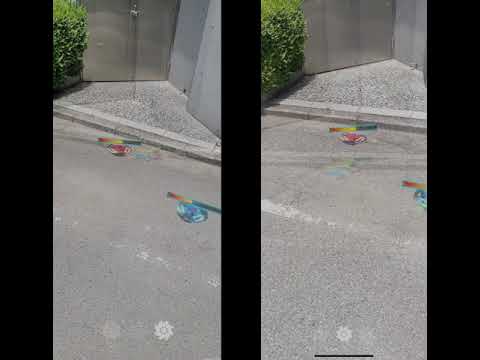 Spinner Game by Matt Hudson and The Designium

We plan to do more challenges like this with multiple prizes as we continue to bring Lightship to our developer community, so stay tuned for the next one!