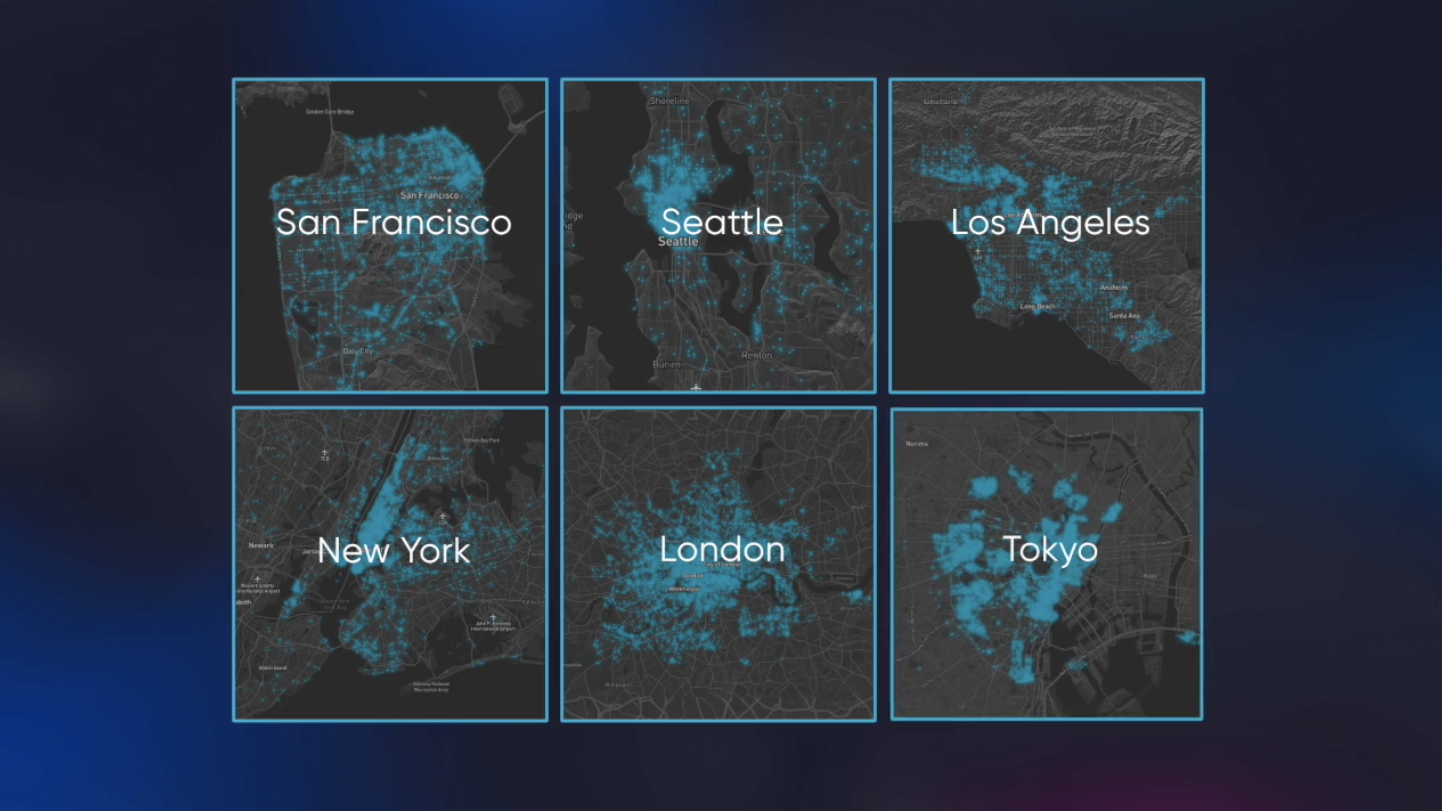 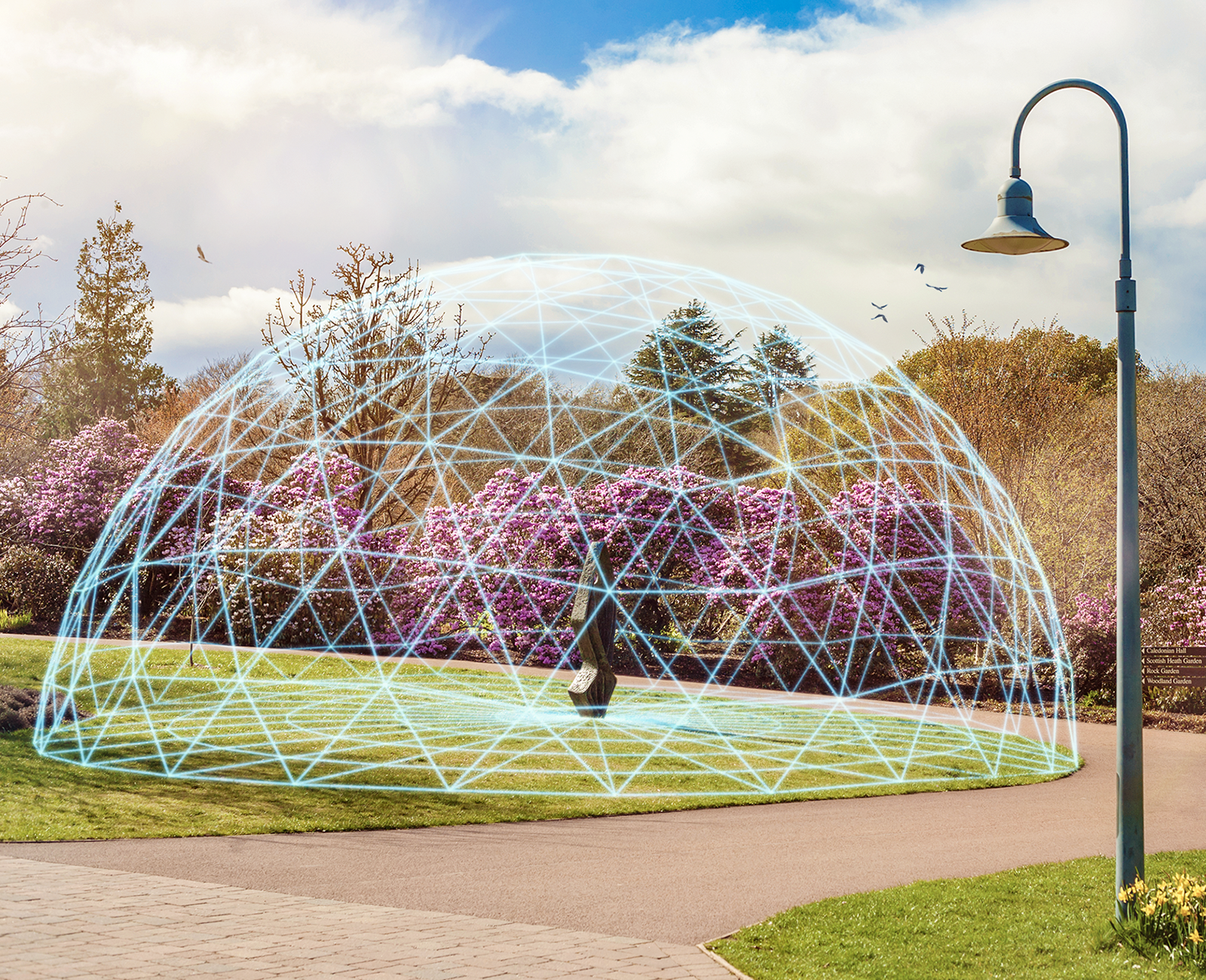 Today in San Francisco, Niantic hosted day one of the first-ever Lightship Summit, a two day conference for our global community of AR developers. At the Summit, we opened the Lightship Visual Positioning System (VPS) to developers everywhere, with more than 30,000 VPS-activated public locations immediately available and a new app for developers to quickly add their own locations to our dynamic AR map of the world. To bring VPS to life, Niantic gave attendees hands-on experience with VPS-enabled apps from partners who have participated in the private beta ahead of today’s launch.

We also previewed Campfire, a social application for the real-world metaverse that weaves together our games and helps players discover new people, places and experiences. 8th Wall, the world’s leading WebAR development platform, announced a new pricing tier specially for creators, and Niantic Ventures announced its first two investments in TRIPP and PIXELYNX.

Today marked an important step as we build the future of spatial computing together as a community. Learn more about each of Niantic’s Summit announcements below, and stay tuned for Day Two!

Lightship VPS is the visual positioning system for our Lightship platform. With Lightship VPS, developers now have the power to determine the position and orientation of their user and anchor AR content with centimeter-level precision.

These two features, known as “localization” and “persistence,” are the keys to real world immersive AR. Developers today want to make more immersive real-world experiences with content anchored to the world around them. But to do so, they have to first understand exactly where their users are.

Lightship VPS answers that fundamental question by determining not only where users are in the world, but what their orientation is at the moment they start an experience and as they move within it.

Before VPS could localize users, we first had to build a new kind of map — one built specifically for AR. 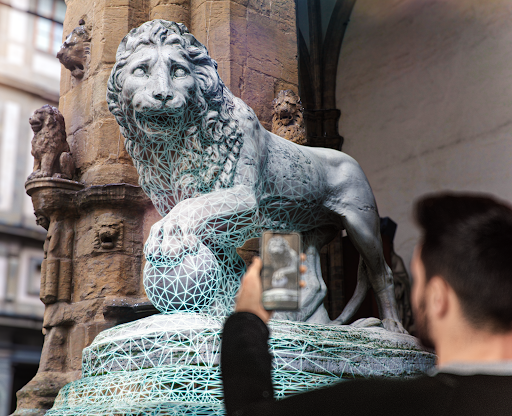 To build this map, we collected scans (short video snippets) of real-world locations from Niantic developers, surveyors, and players. We then processed these data to construct our AR map of the world. Once a location is sufficiently scanned, we’re able to activate it on Lightship VPS, and it becomes available for developers to build real-world AR experiences.

People can then head to these VPS-activated locations and quickly localize their devices and interact with persistent AR content. With only a single image frame from the end user’s camera, Lightship VPS swiftly and accurately determines a user’s precise, six-dimensional location.

Building a new kind of map

Building this 3D map of the world is one of the grand challenges of AR, but it’s one we’ve been building alongside Niantic developers, surveyors, and players. For years, Niantic has invited dedicated players to be a part of building the game board by mapping the world with us. Dedicated players from Ingress and Pokémon GO have contributed 17 million of these points of interest - known as Wayspots - to date, as well as millions of photos and Wayspot edit contributions globally.

We know that we can’t rely on the developer and player community alone to scale a map that meets the needs of all developers. So we’ve also expanded our efforts by launching a surveyor program in our six key launch cities, and will continue to expand that effort throughout the year.

Developers know which places are best suited to their own experiences, so starting today, we’re inviting them to add to this map with us through the Niantic Wayfarer app, now in public beta. This will both enable developers to build experiences in the places that matter most to them and allow us to rapidly scale our vision of building a 3D map of the world.

Available in 30,000 locations globally and growing

Today, VPS is available in over 30,000 locations with density in six key cities: San Francisco, Los Angeles, Seattle, New York, London, and Tokyo. These locations are not simply streetscapes or public landmarks, but rather a collection of publicly accessible places that include parks, paths, landmarks, local businesses and more.

Each VPS-activated location is much more than a single point on a map. They are composed of multiple scans, creating localizable areas that are 10 meters in diameter. This level of detail ensures that no matter where a user is pointing their camera, as long as they are within the radius of the VPS-activated location, they will be able to accurately localize.

Get started with Lightship VPS

CAMPFIRE
As we build more and more new experiences, it’s even more important for us to help people discover them. We want to help developers not only build amazing experiences, but also find an audience for them and help them build real businesses. Our solution to bringing Niantic’s audience to developers is through a new social experience we call Campfire.

Campfire is a real-world social network which starts with a map and adds people, events, communities, and messaging. We think of it as the “homepage” of the real-world Metaverse - a place where players can discover other players in their local area, message one another and share content, organize their own events and meetups, and foster the kinds of real-world social connections that have always been at the core of what Niantic does.

Campfire is live in Ingress and coming soon to all Niantic experiences, giving our community a new tool to discover the joy of real-world gameplay, meetups, and events, and to provide a way for people to discover new creations designed to make the real-world a more magical and entertaining place.

By bringing its powerful AR technology to web frameworks that millions of developers around the world are already familiar with, the team at 8th Wall has provided developers with a complete set of tools to create WebAR experiences for organizations across industry verticals including retail, travel, entertainment and automotive.

Thousands of developers are already leveraging 8th Wall’s WebAR technology to reach millions of consumers through global campaigns for top brands including activations for large events like the Super Bowl. To expand these tools to even more developers, on Day Two of the Lightship Summit, we will be announcing new pricing tiers and powerful monetization and distribution features to equip independent developers with everything they need to successfully build a business with 8th Wall.

Finally, 8th Wall has worked with our Lightship VPS teams to bring VPS to the web. They will be giving an exclusive sneak peek of VPS running in the browser in the keynote tomorrow morning. With VPS as part of the 8th Wall platform WebAR can truly become part of the real-world metaverse.

We started Niantic Ventures last November to help identify and fund the AR leaders building the real-world metaverse. We co-invest alongside venture and angel investors in early-stage companies, with the goal of being a catalyst for this ecosystem.

Today we’re sharing our first two investments. TRIPP is the award-winning leader in XR wellness, offering clinically validated, measurable XR and mobile experiences designed for mind-body health. TRIPP is also one of our initial VPS partners, and has built an AR meditation experience that enables people to plant a serene AR garden when they use the app and meditate.

PIXELYNX is a new gaming venture created by iconic musicians and technologists Joel Zimmerman aka deadmau5, Richie Hawtin aka Plastikman, and music industry visionaries Ben Turner (Graphite; IMS: International Music Summit; AFEM: Association for Electronic Music), Dean Wilson (Seven20 Entertainment / mau5trap), and Inder Phull. The company, based in London and Los Angeles, is building a music metaverse that will transform the way artists connect and engage with their fans through gaming experiences.

Thank you for being part of our community as we push the boundaries of what’s possible in the real world metaverse. Every developer and player is an important part of what we’re building at Niantic. Stay tuned tomorrow for day two of The Lightship Summit!